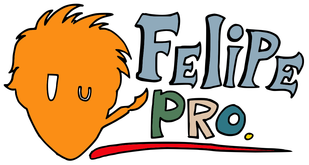 Greetings! This is the official site and portfolio of cartoonist Felipe Leite Ondera!

Felipe Ondera is a Brazillian cartoonist living in the US. He's been influenced by many artists and writers, including Shotaro Ishinomori, Mitsuteru Yokoyama, Raymond Chandler and Fredric Brown. His favorite genres are science fiction, detective fiction and satire. He's also a big fan of classic cinema and some of his inspirations are directors Billy Wilder, Blake Edwards and Alfred Hitchcock. Felipe has written and drawn many comics such as Strange Friends, Mira Purcell Girl Detective, Suzy Corvino, Mutant Nina and its sequel The Interdimensional Hide-And-Seek. He's currently working on a pitch for an animated series based on his Mutant Nina comic strip.